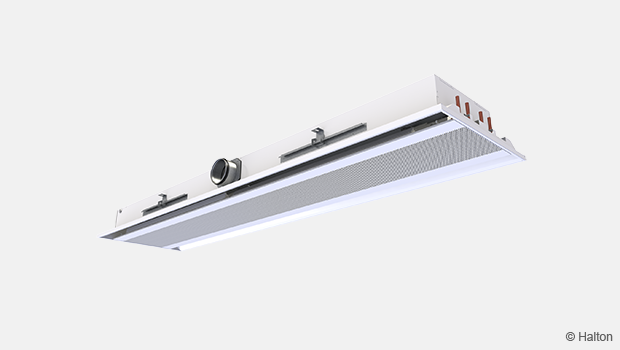 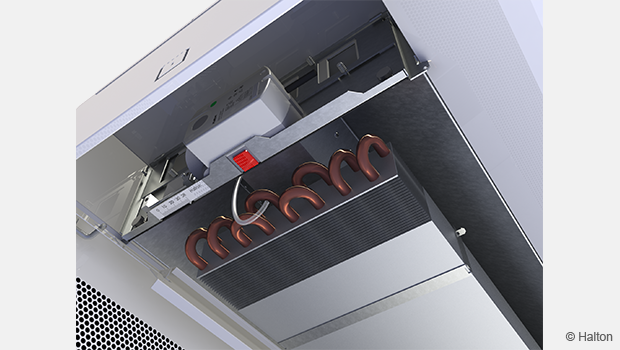 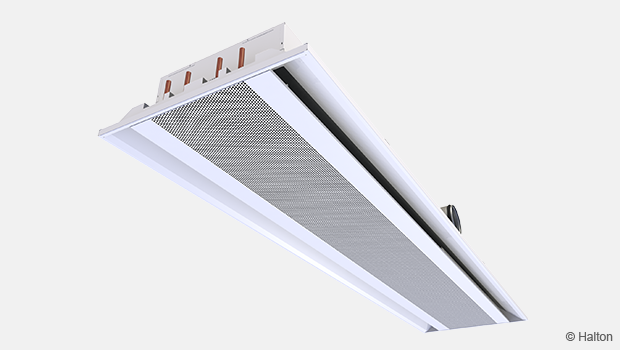 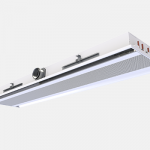 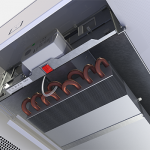 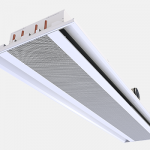 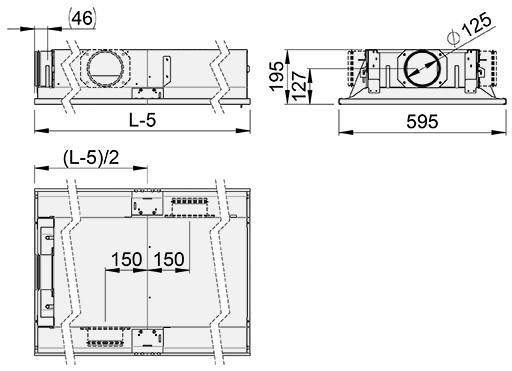 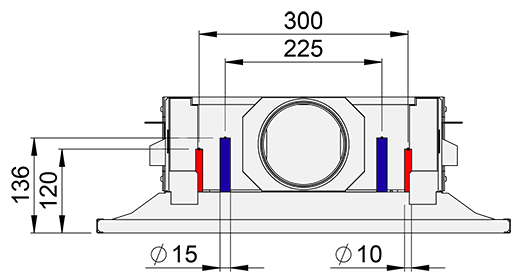 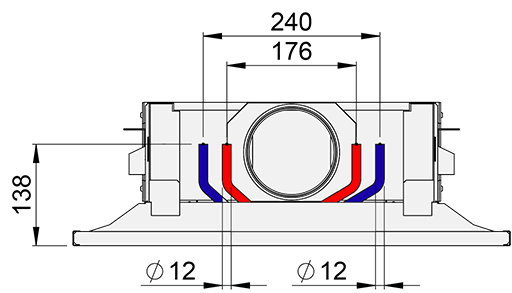 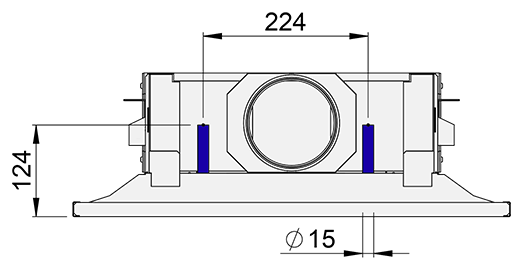 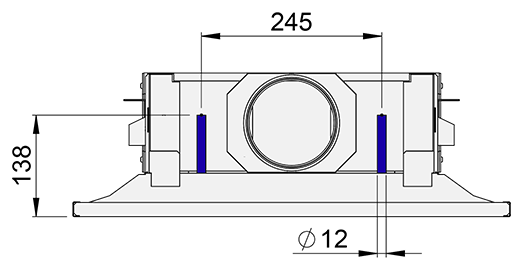 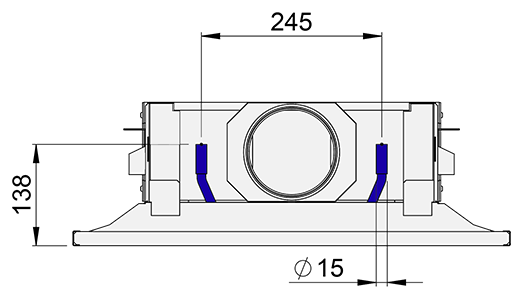 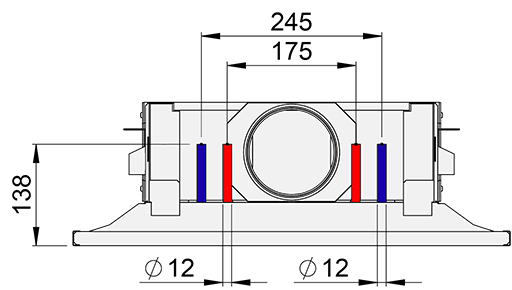 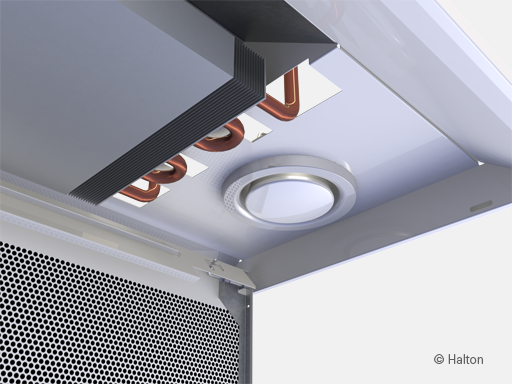 The Halton Rex 600 chilled beam is designed to be installed flush with a suspended ceiling. 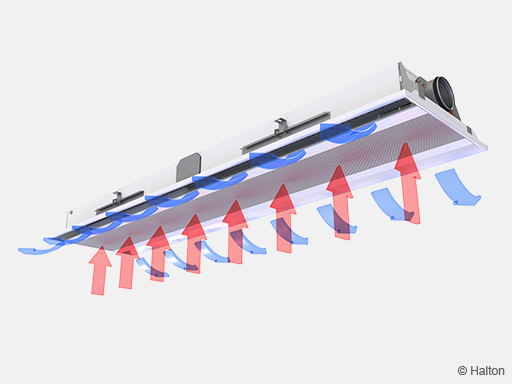 The HVC damper is divided into sections (Pos.1-3) to enable the adjustment of conditions in different parts of the occupied zone.

It is recommended to design the chilled beam in the normal position in order to allow both throttle and boost functions during the building s life cycle.

Air flow rate adjustment is needed when the use of the space is changed and there is need to adapt the supply airflows. Air flow rate can be adjusted either manually or automatically, on the basis of demand, with a motorised control damper.

A chilled beam equipped with HAQ manual air flow rate adjustment can be retrofitted to motorised version for demand based ventilation.

The appearance of different units with constant, adjustable, or variable air flow – is identical.

The Halton Air Quality control unit s position and the selection of chilled beam nozzle size allow adjustment of the primary air flow rate in the space. The separate air flow adjustment damper installed in the duct branch ois used for balancing the air flows in the ductwork.
When a motorized air quality control (HAQ) unit is used, the maximum and minimum air flow rates are adjusted with the stroke limiters of the damper.

The primary air flow rate of each beam is adjusted using the Halton Air Quality control unit during the installation and commissioning. There is no need to change or plug nozzles of the chilled beam. 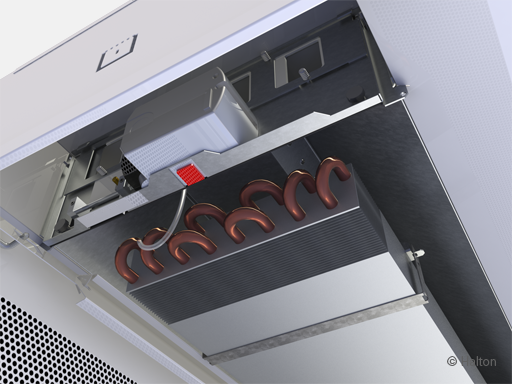 Air quality control for a room space can be arranged using, e.g., a CO2 sensor when room air temperature is controlled separately by regulating the water flow rate. Alternatively, a temperature sensor can be used for air quality control, with the airflow rate modulated in the first sequence and, if the temperature exceeds the set point, the water valve starting to open in the second sequence.

The Halton Rex 600 adabtable chilled beam is especially suitable for ceiling mounting running parallel to exterior wall of the room. When selecting of the chilled beam orientation, the location of the supply air and water circuit connections are taken into account. 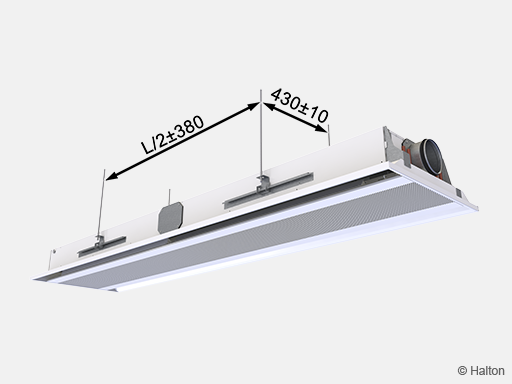 An optional exhaust valve is installed in the front. Only left and right supply air duct connections are possible. By choosing the exhaust valve option, the active length is total length (L) – 500mm.

Duct installation of the exhaust valve 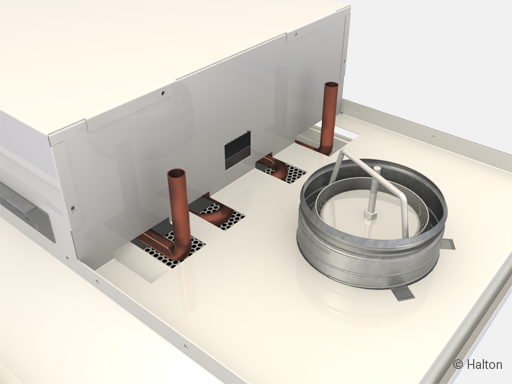 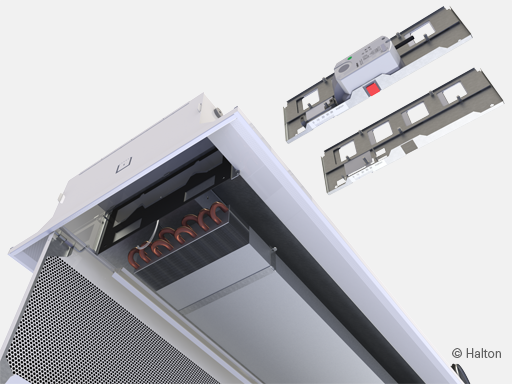 Balance the water flow rates of the chilled beam with adjustment valves installed on the outlet side of the cooling and heating water loops. The cooling capacity and heating capacity of the chilled beam are controlled by regulating the water mass flow rate. The water mass flow rate can be controlled by using an ON/OFF valve or a two- or three-way proportional valve.

Connect a manometer in the measurement tap and measure the static pressure in the chilled beam. The airflow rate is calculated according to the formula below.

Define the position of HAQ in millimeters that correspond to airflow rate at the actual chamber pressure level. 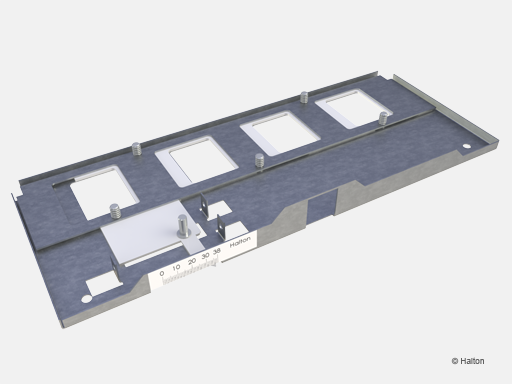 Adjustment of the airflow range in variable airflow applications

The actuator can be controlled from this point on by using a 0…10VDC control signal (0 VDC=min.position, 10 VDC = max. position). 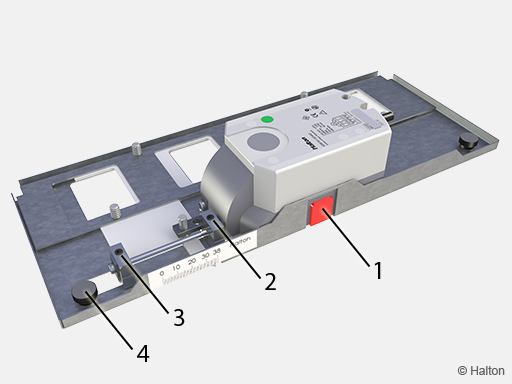 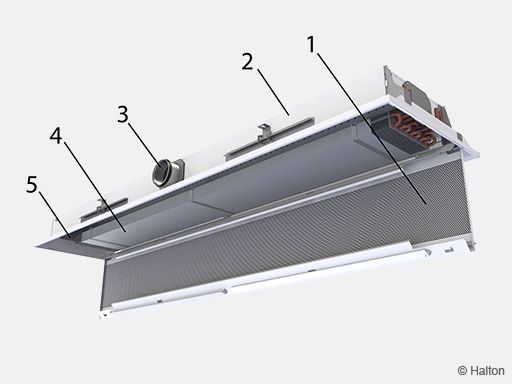 The active chilled beam has an integral recirculation air path through the perforated front panel. The induced room air flow rate is manually adjustable via three setting positions without influencing the primary air supply flow rate. The airflow rate of the chilled beam is adjustable without plugging or changing the nozzles.

The primary air flow rate is adjustable over a wide range via a supply air unit integrated into the chilled beam. Adjustment of the air flow rate has not any affect on induced air flow rate through the coil when static chamber pressure is kept constant (optional).

The chilled beam unit equipped with a manually adjustable air flow damper shall be able to be retrofitted with a motorised air flow control damper unit.

All joints shall be soldered and factory pressure-tested.
The pipework s maximum operation pressure is 1.0 MPa.
The active chilled beam shall have an air flow adjustment damper as an option and a measurement tap to allow air flow measurement.
As an option, an exhaust valve shall be integrated into the chilled beam.

Other Options and Accessories