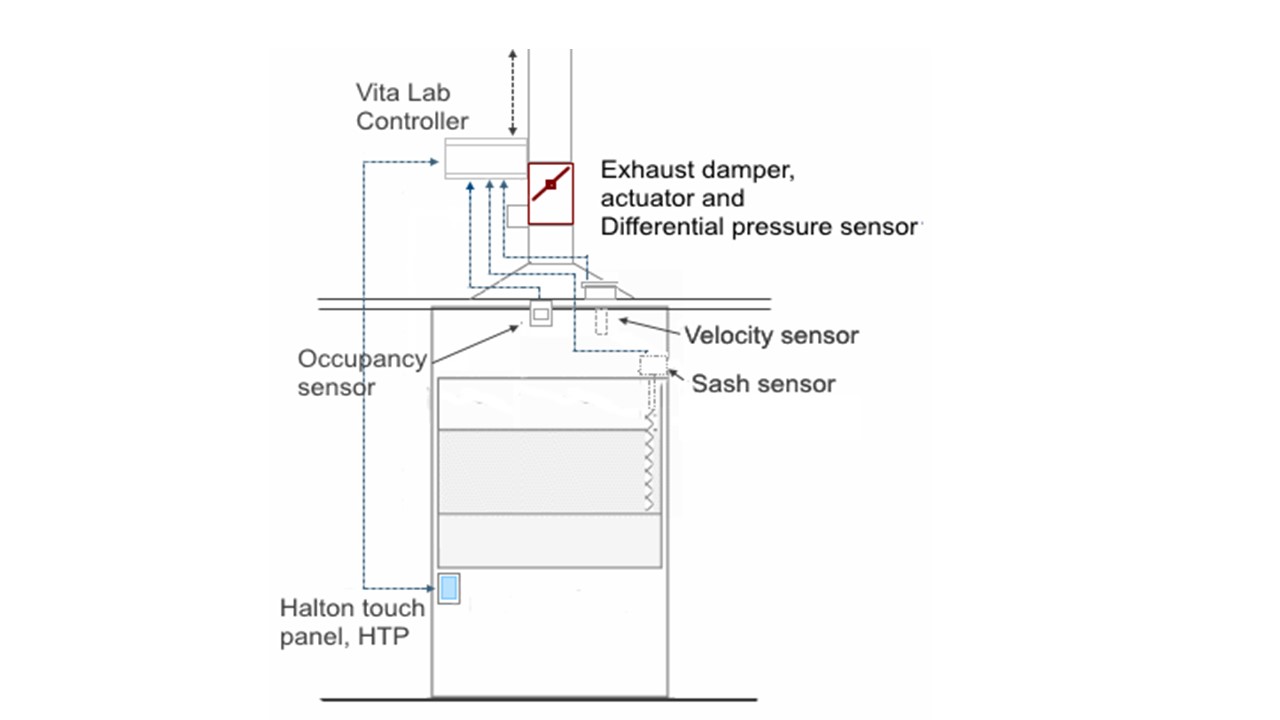 Double sensor control, increasing the safety of the laboratory staff

The Double Sensor control offers the fastest response time and a high system stability for the most demanding laboratory environments. The solution uses two sensor controls to provide the most accurate solution:

The time in which stable control velocity is reached after the fume cupboard opening has a significant effect on the exposure; once the response time exceeds 3 seconds, the exposure risk increases significantly. After 5 seconds from the sash movement, the maximum concentrations at the fume cupboard opening may reach the exhaust concentration.
The Halton Vita Lab Solo Double sensor control application has been tested by Halton according to EN 14175-6 with the following results: