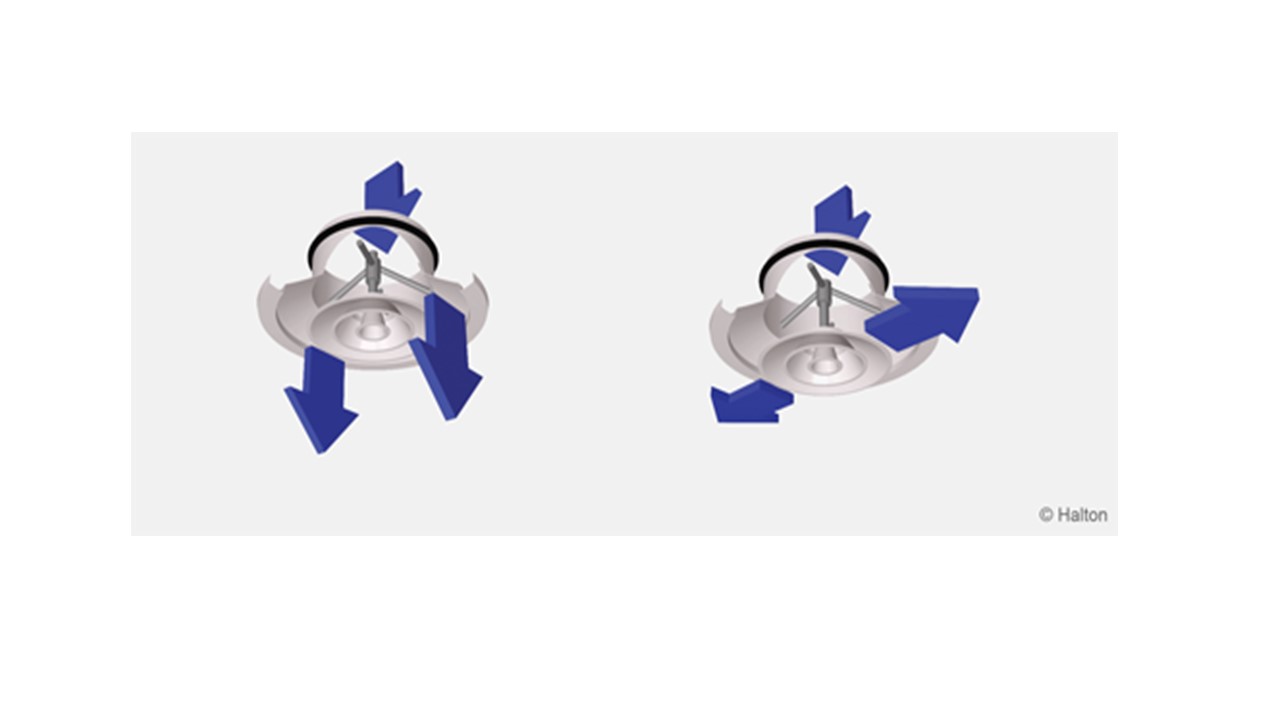 With motorized diffusers the cooling and heating is done by the same diffuser it is crucial to modify throw patter so the cold and hot air will be successfully delivered to the occupied zone.

In various buildings we often came across a need to operate both cooling and heating by the same diffuser. When the height of the space in lower than 3,0m the problem of potential stratification is not so serious and will create at most an increase cost of energy for heating purposes.

When the space is larger the problem is starting to get serious and to avoid the risk a changeable throw pattern diffusers come on handy.

Cone position and its effect to a throw pattern!

But with this specific feature of changing the throw pattern from radial to compact or vice-versa we face another difficulty. How to operate the change to a terminal unit that is located sometimes as high as 8 or 10m above the floor level? To send a Technician at least twice a year is one way, but what about the mid-season when such changes may occur weekly or even daily?

Better solution is to use a mechanical system that will make the change by itself. In Halton we have two solutions to make that change automatically:

Electrical motors are more flexible and can run in automatic or manual override mode so we have full control over the throw pattern and can adopt it to the needs of the premises that they operate with. On the other hand we need to design additional electrical and BMS connections and cover the cost of extra cabling.

Wax-bulb actuators are fully autonomous and operate only by the temperature of the air that is delivered to them. We don’t have to design or execute any wiring but we can not change the throw pattern either. Sometimes it is useful to be able to “force” a compact jet to supply a cold air, as we may have a project there it is possible that large amount of People tightly packed in a small area will create a vertical, convective plum that will jeopardize or in radical cases even block a slowly descending cold air supplied with a radial throw.

Motorized versions of our diffusers are available from the size od DN250 and above.

All variable geometry diffusers are compatible: TSA, TRB, THL, plus some others: TRS*, SLN**, WDD**

*TRS only with electrical motor

** SLN and WDD only with wax-bulb