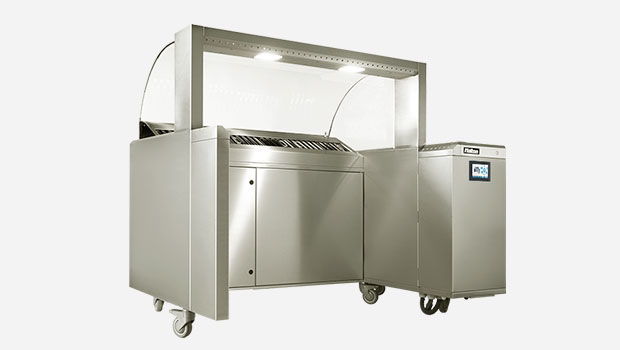 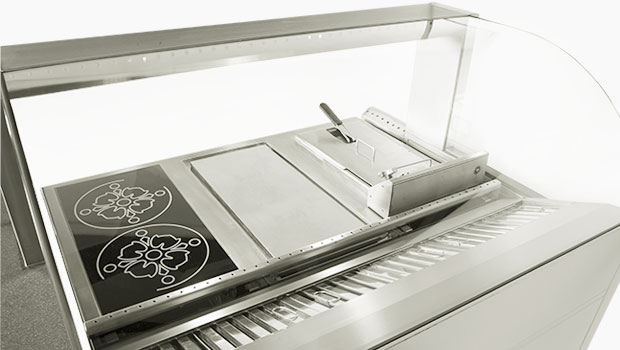 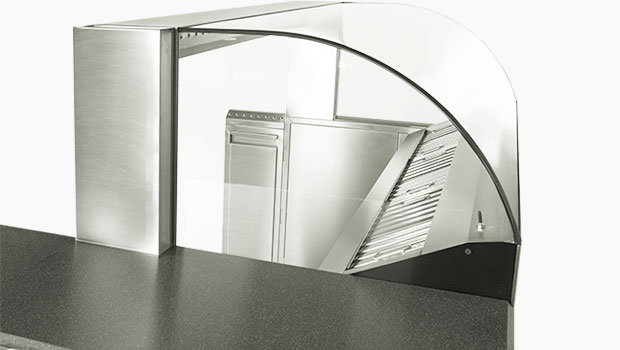 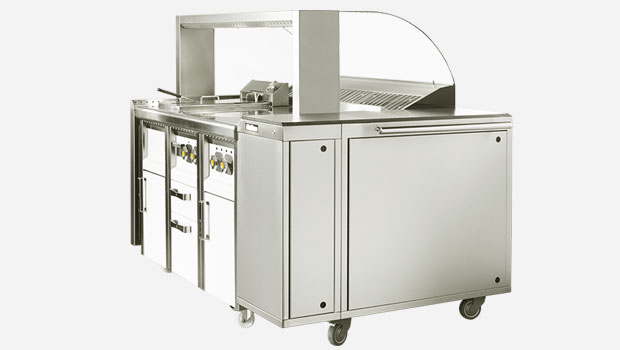 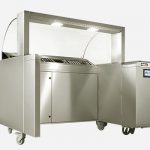 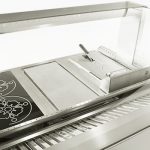 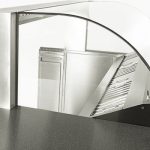 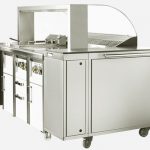 CE Marked (UKCA pending) – Halton MobiChef is a mobile recirculating Station designed for electrical cooking appliances. It allows cooking anything, anytime and anywhere it is of most value, without the need of connection to a ventilation ductwork.

Simply plug it and it drastically removes the grease and smoke released by the cooking appliances while greatly reducing the odor emissions.

Halton MobiChef enables creating display cooking hubs right in the middle of traditional restaurants or in shopping malls and food courts, as well as in hotels’s banquet or breakfast areas. It can also be used to place mobile catering points at strategical locations within a venue, as for exhibition grounds for instance. It also enables extending the cooking capacity of an existing kitchen or establishing a catering activity on premium locations without worrying about ventilation.

Halton MobiChef is designed for electrical cooking appliances. It is equally suitable for table-top light-duty equipment or modular equipment (up to 5 of 400 mm width).

Halton MobiChef’s New Design is more compact while providing a larger view over what your guests are going to savor. Its operation is now fully automatic and its sides are foldable to make its handling easier. Last but not least, with Halton Connect® & Care services, its maintenance has never been so easy and predictive. You keep an eye on your station operation. So do we, in order to manage everything for you.

More about the main embedded technologies 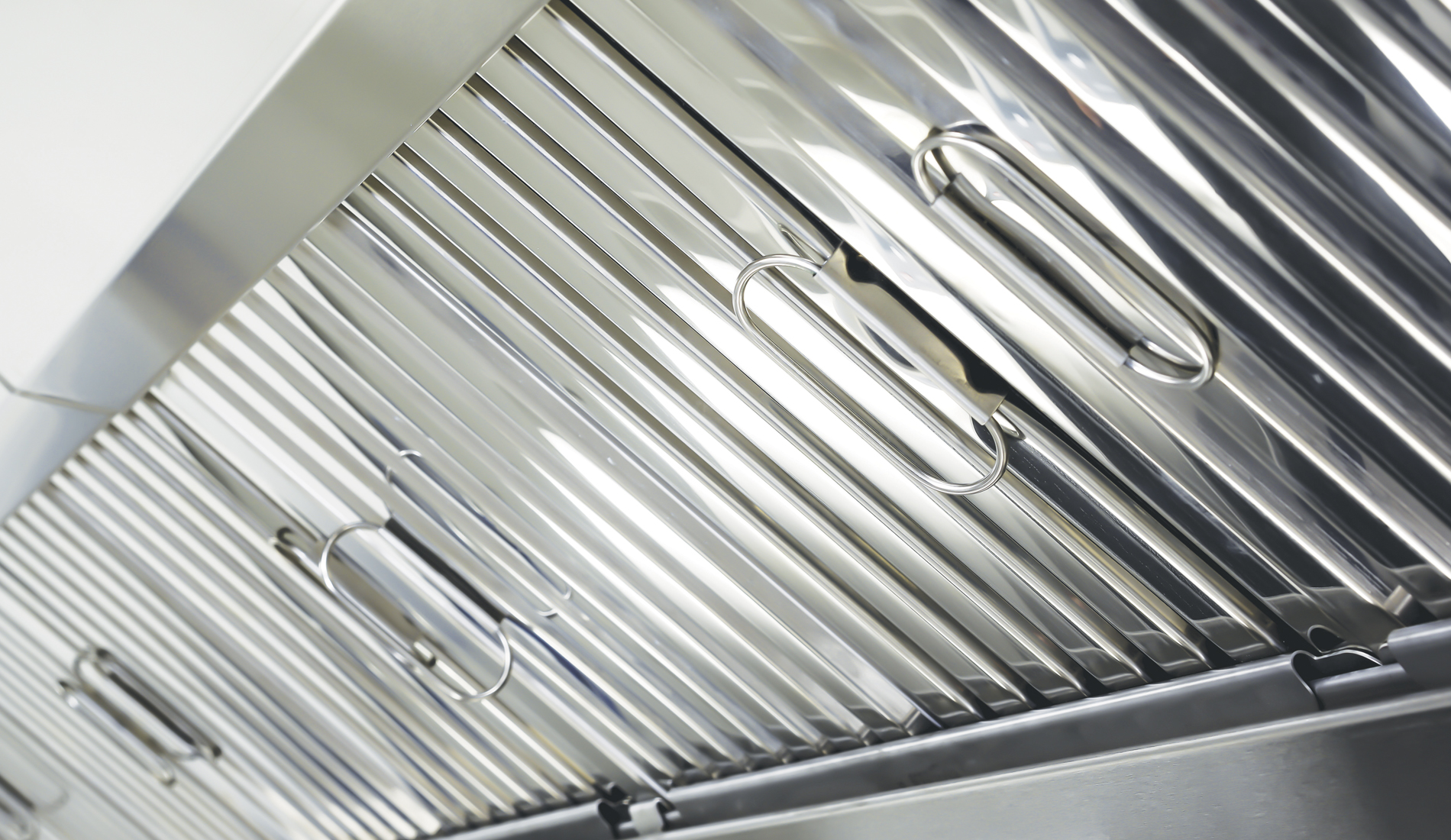 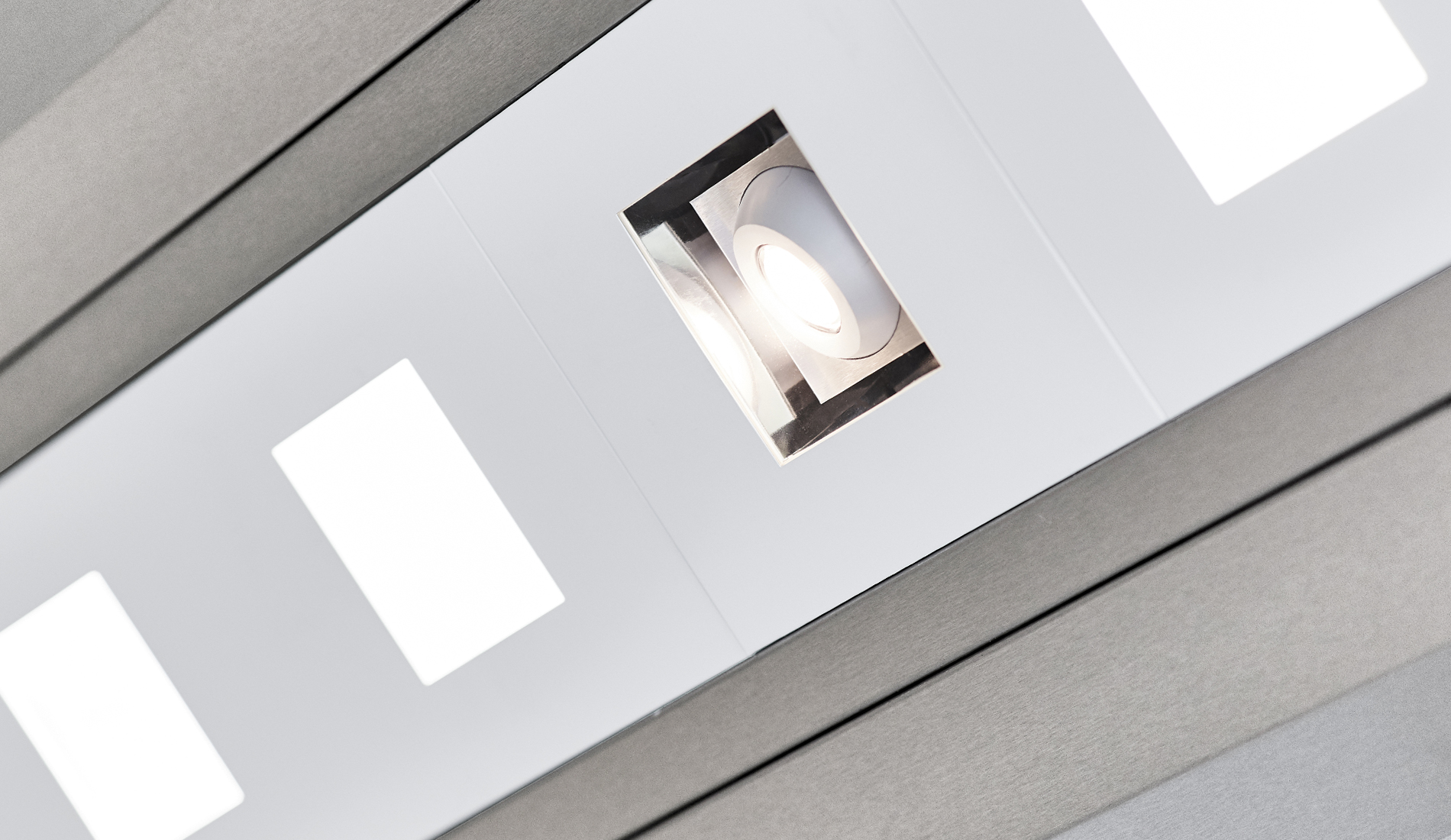 Is  Halton Mobichef the Cadillac or Ferrari of Ventilation?

Hear what talented chefs, Linnea Vihonen and Teemu Laurell, think about their first experience with Halton’s MobiChef recirculation units. They made it possible to cook right in the middle of the lounge area of one of Eckerö Line cruise ships as part of Maalla, merellä ja lautasella (On land, sea, and plate) culinary adventure TV program. 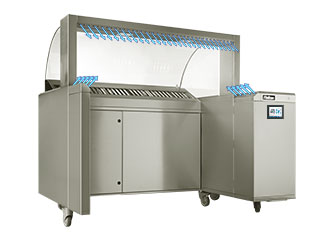 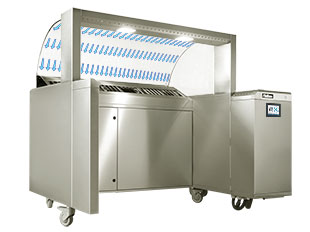 The Capture Jet™ technology ensures the grease, smoke and the other pollutants released by the cooking appliances are captured with the lowest possible airflow rate. Also, Capture Jets used to contribute protecting the glass front from cooking emissions.

This is a key point for recirculation systems in order to optimize its size and efficiency.

About Airflow On Demand (available early 2022) 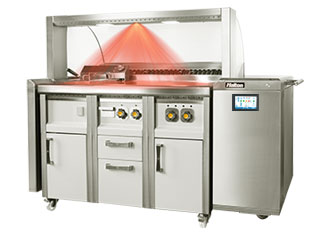 Halton MobiChef has a fully automatic mode that lets you focussing on what is going to be cooked for the guests.

Just switch on the unit and once the starting up routine is finished, the unit is ready to operate with the right recirculation airflow, at the right time. 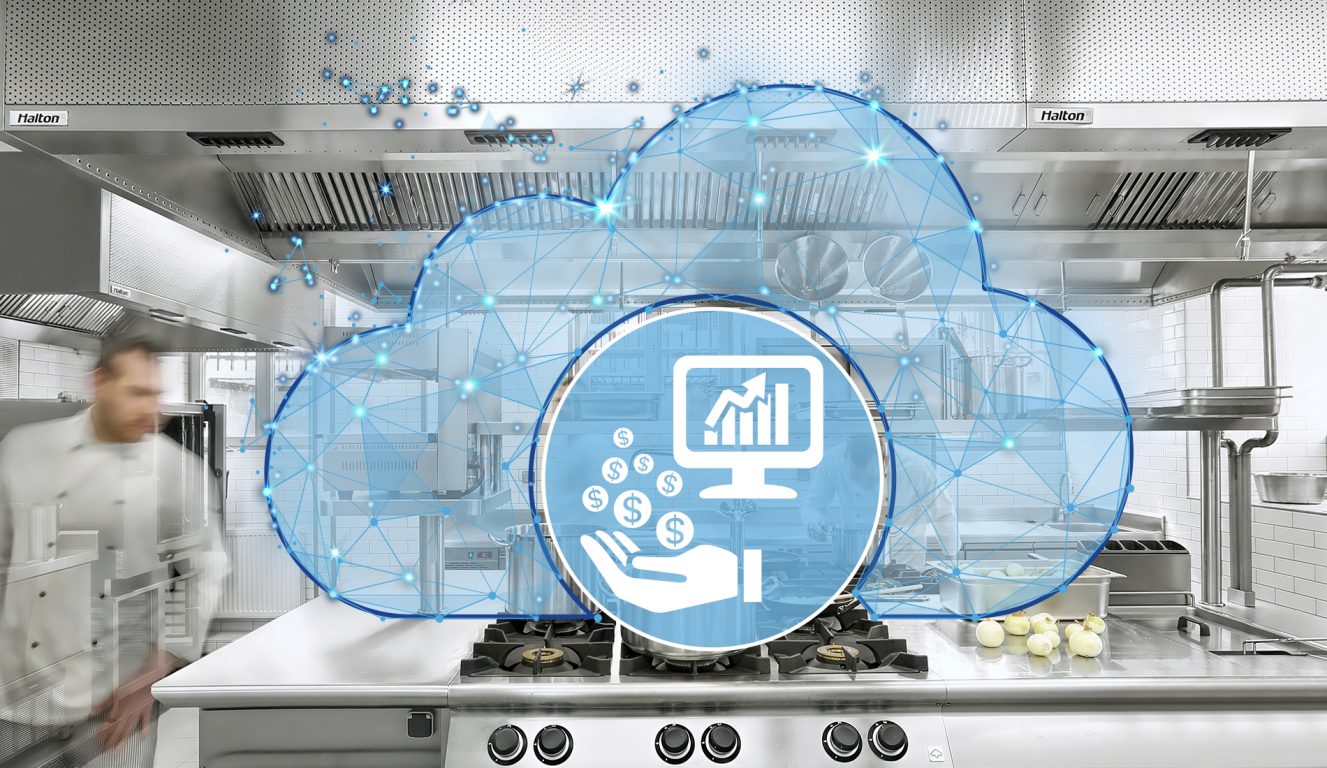 Halton Connect is a state-of-the-art IoT (Internet of Things) platform whose core is an advanced cloud-based portal.

It enables 24/7 remote monitoring of the solutions designed by Halton. It allows access to important and useful information along with powerful data analytics to the end users. It also provides crucial information to our engineers. In return, they can remotely and safely control all systems and their settings when required.

This digital “two directions” technology opens the way to Premium Services that are vital to keep the performance of the systems and technologies at the initial design level and during the entire lifecycle. Even better! They enable continuous optimisation of your systems, resulting in even lower operating costs.
Halton Connect for commercial kitchen ventilation

Halton Mini Touch Screen makes it simple. In automatic mode, the operation speed is selected depending on the cooking activity. The active speed is clearly displayed.

A manual mode is still available. Then, the recommended speed is also clearly displayed to invite the user changing the speed or coming back to the automatic mode. 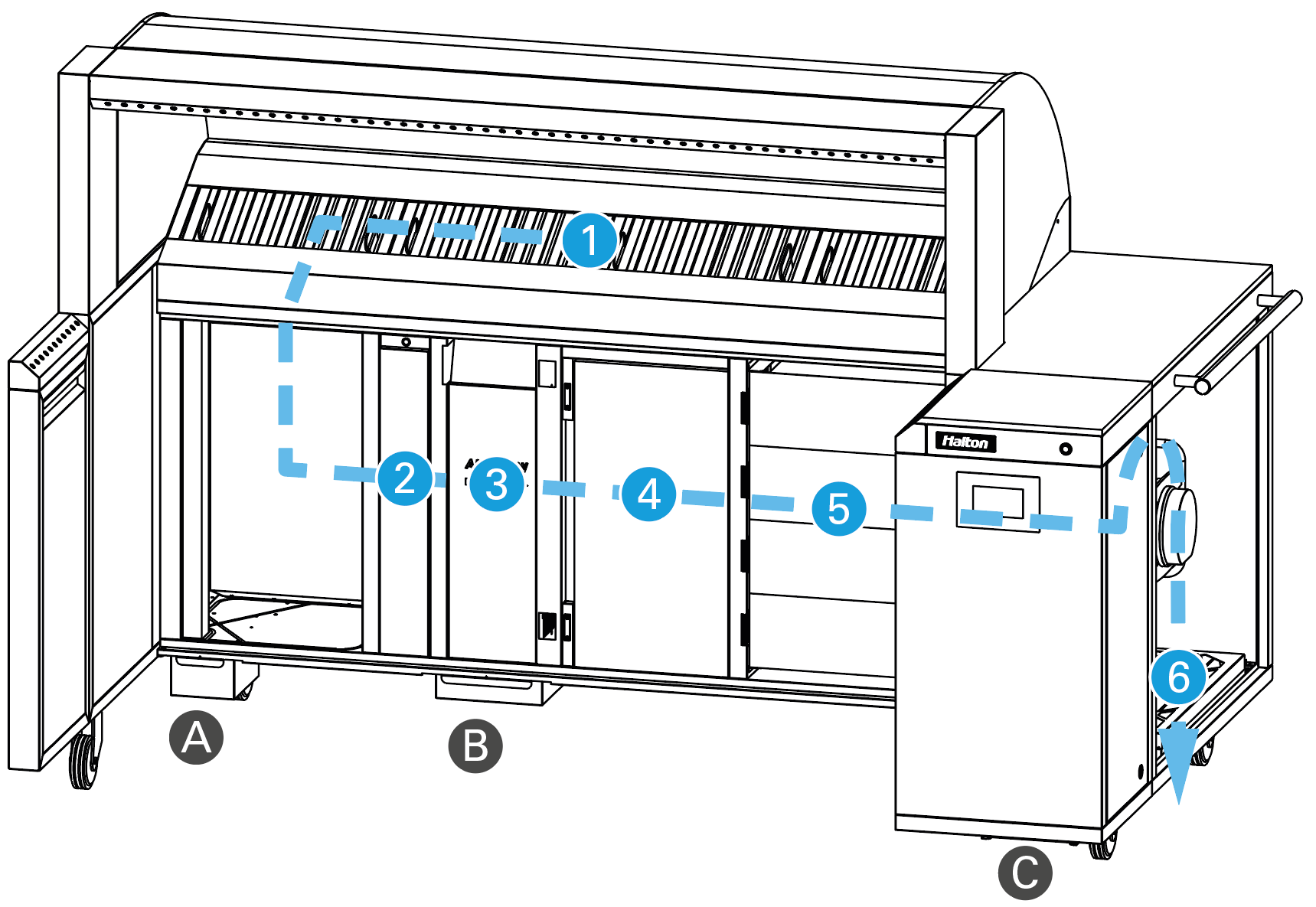 Halton’s MobiChef integrates a highly efficient recycling unit based on a process composed of not less than 6 steps.
It has been designed to drastically remove the grease and smoke particles released by the cooking appliances while greatly reducing the odor emissions.

The air can then be freely discharged back into the dining area where the cooking station is installed. As a matter of fact, Halton’s MobiChef does not require any connection to a ventilation duct.

3 – The three pre-filtration steps allow the ESP (Electrostatic Precipitator) to work at maximum efficiency. ESPs induce an electrostatic charge on the particles which pass through it, in order to then collect them on plates which generate a magnetic field. Halton MobiChef’s ESP is very efficient on fine particles, including grease particles and vapor; and it is cleanable.

5 – Part of the odors are carried by the grease particles and vapors, as well as by the smoke. They are drastically removed by the previous filtration steps. The remaining odors, and especially VOCs, are greatly removed by a combination of activated carbon and chemical pellets. The first removes gases by adsorption. The second removes them by adsorption, absorption and chemical reaction (which mitigates the risk of desorption).

6 – A terminal synthetic filter impregnated with carbon finalizes the treatment in order to reduce the odors emissions at its lowest possible level.

ETL Listed – The JES-HD has been specifically designed for...
Läs mer
Product